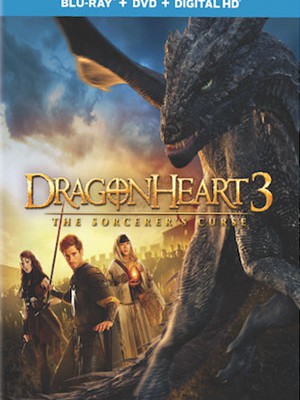 Universal Home Entertainment has added a new fantasy film to its roster, bringing Dragonheart 3: The Sorcerer’s Curse to Blu-Ray Disc and DVD in February.

In this latest installment in the franchise, aspiring knight Gareth goes in search of a fallen comet rumored to contain gold and is shocked to instead find the dragon Drago. After Drago saves Gareth’s life the two become intricately bonded, and must work together to defeat an evil sorcerer and stop his reign of terror. Along the way, Gareth learns the true meaning of being a knight.

The DVD version contains the movie, along with the Behind-the-scenes Featurette ”A Dragon’s Life”, featuring interviews with Ben Kingsley.