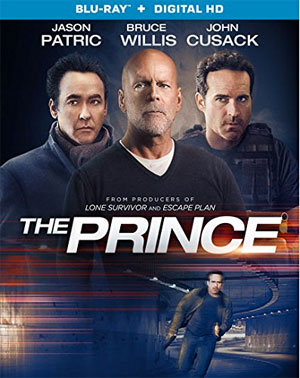 Lionsgate Home Entertainment has just announced the revenge thriller The Prince, starring John Cusack and Bruce Willis, for release on Blu-Ray Disc and DVD in October.

Paul (Jason Patric), a mechanic with past ties to the underworld, is unwittingly drawn back into the life he gave up when he suspects that his daughter has been kidnapped; and he must team up with his old partner, Sam (John Cusack), in order to confront Omar (Bruce Willis), his former nemesis, in order to rescue her.

The release will also include an Audio Commentary with Director Brian Miller and Actor Jason Patric, as well as the Behind-the-Scenes Featurette ”Capturing The Prince”. Cast and Crew Interviews are also included, along with a number of Extended Scenes form the movie.