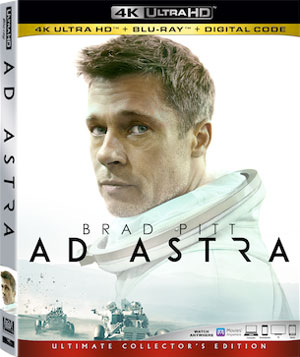 When a mysterious life-threatening event strikes Earth, astronaut Roy McBride (Brad Pitt) goes on a dangerous mission across an unforgiving solar system to uncover the truth about his missing father (Tommy Lee Jones) and his doomed expedition that now, 30 years later, threatens the universe.

The release will feature the movie itself along with a number of bonus features, such as a Commentary Track by Director James Gray, as well as Deleted Scenes with optional commentary.

A series of Featurettes will also accompany the film, including “To the Stars,” “A Man Named Roy,” “The Crew of the Cepheus,” “The Art of Ad Astra” and “Reach for the Stars.”

Ad Astra will land in stores on December 17for $45.99 on 4K UHD, $37.99 on Blu-Ray Disk and $29.98 on DVD. Fortunately, Amazon is discounting the release quite heavily so you have to put up with 20th Century Fox Home Entertainment’s excessive price tags.