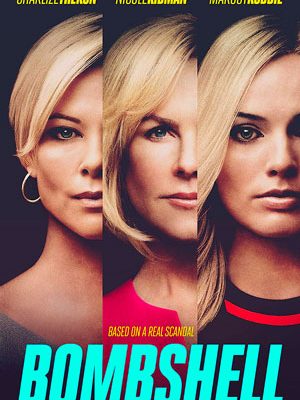 To celebrate Women’s History Month, and to help tide everyone over these trying times, Lionsgate has provided us with streaming move keys for some of their movies that we will give away among some of our lucky readers.

Headlining the playlist is Bombshell, Jay Roach’s Oscar®-nominated provocative real story of three ambitious and strong women who risked everything to stand up to the man who made them. Starring, Charlize Theron, Nicole Kidman, Margot Robbie, John Lithgow, Kate McKinnon and Connie Britton, this film is as timely as it is exciting! This empowering drama commended by critics and audiences alike was the Oscar® winner for Best Achievement in Makeup and Hairstyling (Kazu Hiro, Anne Morgan, and Vivian Baker), and was nominated for two Academy Awards® including Best Actress (Charlize Theron), Best Supporting Actress (Margot Robbie).

In addition, Lionsgate is also offering up a streaming key for Judy, the film that details how thirty years after rising to global stardom in The Wizard of Oz, showbiz legend Judy Garland (Renée Zellweger) arrives in London to perform a five-week sold-out run at The Talk of the Town. While preparing for the shows, Garland battles with management, reminisces with friends and adoring fans, and embarks on a whirlwind romance with soon-to-be fifth husband Mickey Deans — all while bravely struggling to overcome intensifying anxiety and physical decline. Featuring some of her best-known songs, the film celebrates the unyielding spirit and matchless talent of “the world’s greatest entertainer.”

Lionsgate is also offering up one streaming key for A Simple Favor, a stylish thriller that centers around Stephanie (Anna Kendrick), a mommy vlogger who seeks to uncover the truth behind her best friend Emily’s (Blake Lively) sudden disappearance from their small town. Stephanie is joined by Emily’s husband Sean (Henry Golding) in this stylish thriller filled with twists and betrayals, secrets and revelations, love and loyalty, and murder and revenge.

Other keys up for grabs are for The Spy Who Dumped Me and The Hunger Games!

Simply to participate in this giveaway with the subject line BOMBSHELL, and make sure to enter before midnight, Sunday, March 29th. We will draw five winners from all the submissions, who will randomly receive a key to one of these films. Good luck!