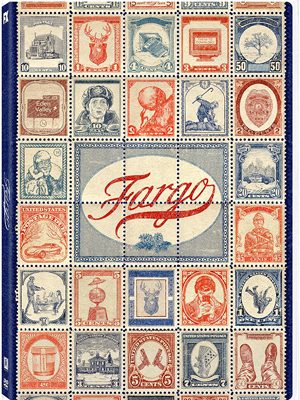 Twentieth Century Fox Home Entertainment has just unveiled information about the upcoming release of Fargo: Year Three on DVD in December. Yes, it looks as if it will be available on DVD only, but for the time being, let’s hope this is just an oversight on the studio’s behalf, for now, that will be rectified shortly with the addition of a Blu-Ray Disc version also.

Set in 2010, chapter three centers on Emmit, the “Parking Lot King of Minnesota,” and his younger brother Ray Stussy (Ewan McGregor), a pot-bellied parole officer with a huge chip on his shoulder about the hand he’s been dealt – and he blames his brother. Their sibling rivalry follows a twisted path that begins with petty theft but soon leads to murder, mobsters and cut-throat, competitive bridge.

Following the death of their father, Ray and Emmit trade their inheritance; Emmit handing over his precious Corvette to Ray for a valuable stamp collection, a deal which sets this ensemble cast on a collision course. Ray and his parolee girlfriend, Nikki Swango, plot to steal the stamps back after blackmailing another parolee, Maurice LeFay into carrying out the task. Murder and fraud follow as steady chief of the local police department Gloria Burgle investigates the unexpected death of her stepfather Ennis Stussy. Meanwhile, Emmit and his business partner Sy Feltz seek to repay a two-year-old loan on his parking lot before Emmit is approached by the conniving V.M. Varga who delivers bad news to him in an attempt to expand his power and influence in St. Cloud.

Aside from all the show’s third season episodes, the release will also be host to a series of Featurettes, giving you a closer look at things such as “First Look,” “Ray and Nikki,” “Emmit Stussy and Sy Feltz,” “One Actor, Two Characters,” “Gloria Burgle,” “Varga,” “Anatomy of a Scene,” “The Digital Age,” “Connectivity and References,” “Locations,” and “Noah Hawley”.

The DVD version of Fargo: Year Three has been scheduled for December 5 with a $39.98 sticker price.