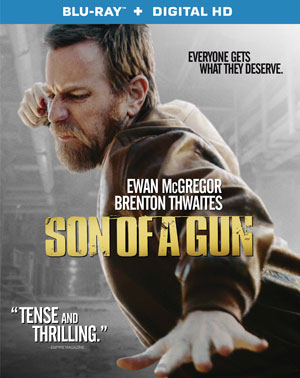 Lionsgate Home Entertainment unveiled details about the upcoming release of the jailbreaking gritty, action packed heist, Son of a Gun, scheduling the film for Blu-Ray and DVD in March.

After breaking out of prison, Brendan Lynch (Ewan McGregor), Australia’s most notorious criminal, enlists 19-year-old JR (Brenton Thwaites) to accompany him and his crew on a gold heist that promises to deliver millions. However, as things start to go wrong, a deadly game of cat and mouse ensues.

As bonus features, the Blu-Ray and DVD release will contain a Commentary Track by Writer/Director Julius Avery, as well as the Making-of Featurette ”Partners in Crime”.