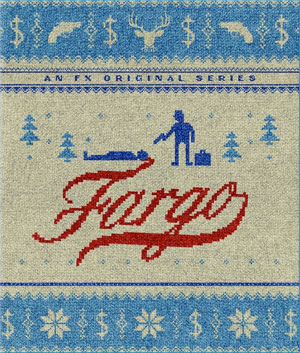 Twentieth Century Fox Home Entertainment has added Fargo: Season One to is line-up, bringing the television mini-series to Blu-Ray Disc and DVD in October.

An original adaptation of the Academy Award®-winning feature film, Fargo features an all-new “true crime” story and follows a new case and new characters, all entrenched in the trademark humor, murder and “Minnesota nice” that made the film an enduring classic. Billy Bob Thornton stars as “Lorne Malvo,” a rootless, manipulative man who meets and forever changes the life of small town insurance salesman “Lester Nygaard,” played by Martin Freeman. Colin Hanks plays Duluth Police Deputy “Gus Grimly,” a single dad who must choose between his own personal safety and his duty as a policeman when he comes face-to-face with a killer.

In addition, the release also comes with the Featurettes ”This is a True Story,” “Greetings From Bemidji” and ”Shades of Green”. The set will be completed by a selection of Deleted Scenes.