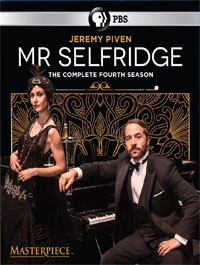 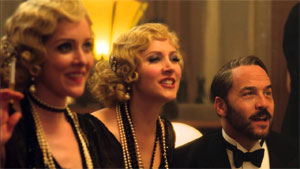 As eagerly as I was awaiting the release of the fourth and final season of “Mr. Selfridge” on Blu-Ray, as much have I been dreading it, in a way. Knowing the story and the tragic fall from grace of this galleon-head figure, season three already foreshadowed the heart-wrenching drama we are about to experience in season four. Eager to find out how the television series would deal with the events, I dove right into the three-disc set.

A few years have passed since we left Selfridge’s on London’s Oxford Street and the department store has continued to flourish under its charismatic and energetic leader, Harry Selfridge (Jeremy Piven). But there is trouble in paradise. Harry is not who he used to be. After the loss of his wife, he has lost not only his partner and love but also one of his guiding lights that safely helped him navigate the turbulences of his life. In a way, Harry Selfridge is his own worst enemy and with no one to reign him in, he has a tendency to spin out of control and drowning out his loneliness by surrounding himself with dames, alcohol, and gambling games. 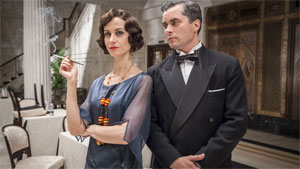 While he still has the full support of his loyal employees, more and more they need to find ways to cover up Harry’s indiscretions, especially as the London Civic, which now makes up a large part of Selfridge’s stockholders, is constantly breathing over his shoulders, scrutinizing and often second-guessing every one of his steps.

But despite his best efforts to keep control of the ship, temptation lures him again and again. Whether it is in the form of the Dolly Sisters, a set of glamorous showgirl twins, or the stock market, Harry Selfridge continues to open himself up to risks that could cost him everything. And so it begins… the heartbreaking downfall of Harry Selfridge. 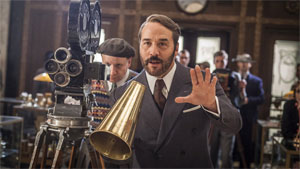 On three discs, PBS Home Entertainment is presenting the entire fourth and final season of “Mr. Selfridge” here in a glorious high definition transfer. The image is rich and stark, with deep black levels and fully saturated colors, all of which serve deliciously to bring to life the fascinatingly intricate production design of the show. Every seam in the delicate costumes, every single hair in the marvelous coiffure and every texture in the set designs is perfectly reproduced in this transfer. Skin tones are absolutely natural and deep black levels firmly root the image throughout. 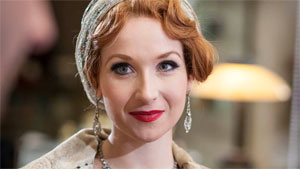 In the audio department, the release convinces with a strong stereo audio track that is balanced and offers up a good frequency response with clear high ends and a voluminous bass extension. The stereo field is fully sufficient for this kind of presentation since the show is mostly dialog-driven and character-heavy without a whole lot of physical action.

As extras, the release also contains a few featurettes, though, admittedly, these play a lot like little EPK snippets, teasers, if you will, to help promote the show during its broadcast, rather than bonus materials that truly dive into the subject matter with any depth of consequence. Nonetheless, they range from charming to interesting and are certainly worth checking out—if only to see the cast members out of costume and make-up. 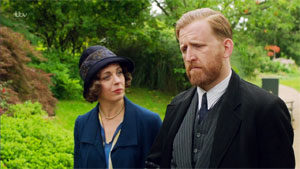 “Mr. Selfridge” was a wonderful show and I am sad to see it come to a close. At the same time, as it closes, I am happy to see that the story ends at a point when Harry Selfridge is bruised but not entirely destroyed. History tells us, that following the events we just witnessed, Harry Selfridge’s descend in society ended in complete destitution and loneliness. It is a sad ending to a man who had stellar integrity and such a warm heart, not to mention the vision to change the world.

If you’ve been following the show through the seasons, there is no doubt that you will want to grab a copy of “Mr. Selfridge: Season Four” and complete the story, painful as the events may be. In terms of production and quality television, however, you will be hard-pressed to find better entertainment.