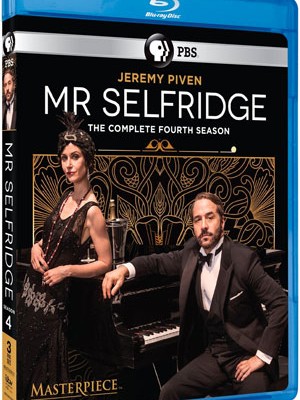 PBS Distribution has announced the upcoming release of Mr. Selfridge: The Final Season, bringing the show to a close on DVD and Blu-Ray Disc in May.

The season follows the unpredictable arc of Harry’s career to its thrilling climax, charting the fate of the showman with the big heart, shaky morals, and dogged belief that the dice roll will save him—and the store—every time.