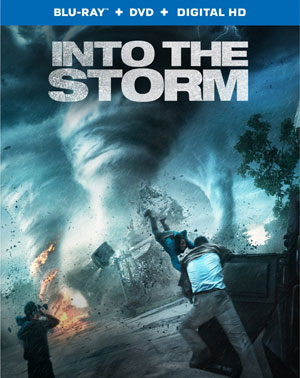 Warner Brothers Home Entertainment has added Into the Storm to its release-lineup, bringing the action-packed disaster thriller to Blu-Ray Disc and DVD in November.

In the span of just a few hours, the city of Silverton is ravaged by an unprecedented onslaught of the most furious twisters they’ve ever seen. The entire town is at the mercy of the erratic and deadly cyclones, even as storm trackers predict the worst is yet to come. Most people seek shelter, while others run toward the vortex, testing how far a storm chaser will go for that once-in-a-lifetime shot.

Told through the eyes and lenses of professional storm chasers, thrill-seeking amateurs, and courageous townspeople, “Into the Storm” throws you directly into the eye of the storm to experience Mother Nature at her most extreme.

Aside from the movie itself, the DVD version of the movie will also contain the Featurette ”Fake Storms: Real Conditions”.

The Blu-Ray version will feature a high definition presentation along with the Featurettes ”Into the Storm: Tornado Files,” “Titus: The Ultimate Chasing Vehicle” along with “Fake Storms: Real Conditions”.