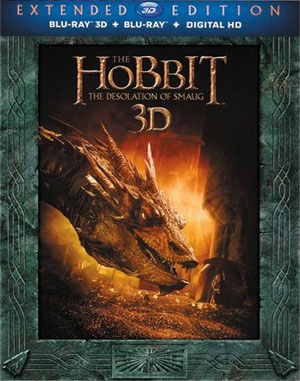 Warner Home Video has released information about the upcoming Extended Edition of The Hobbit: The Desolation of Smaug, slating the release for November for build excitement for the upcoming final installment in the Middle-earth films, “The Hobbit: The Battle of the Five Armies.”

“The Hobbit: The Desolation of Smaug” continues the adventure of the title character Bilbo Baggins (Martin Freeman) as he journeys with the Wizard Gandalf (Ian McKellen) and thirteen Dwarves, led by Thorin Oakenshield (Richard Armitage), on an epic quest to reclaim the Lonely Mountain and the lost Dwarf Kingdom of Erebor.

Having survived the beginning of their unexpected journey, the Company travels East, encountering along the way skin-changer Beorn and a swarm of giant Spiders in the treacherous forest of Mirkwood. After escaping capture by the dangerous Wood-elves, the Dwarves journey to Lake-town, and finally to the Lonely Mountain itself, where they must face the greatest danger of all–a creature more terrifying than any other; one which will test not only the depth of their courage but the limits of their friendship and the wisdom of the journey itself–The Dragon Smaug.

Arriving as a 5-disc Blu-Ray 3D and a 3-disc Blu-Ray version, this extended cut of the second film in The Hobbit Trilogy includes 25 minutes of extra film footage that extends individual scenes, making this the must-see, definitive version for fans.

In addition, The Appendices Parts IX and X will be included on the release, an immersive multi-part history of the filming of “The Hobbit: The Desolation of Smaug.” Each of these Appendices takes up an entire disc, giving you a close look behind the scenes.

The Appendices Part IX – “Into the Wilderland: The Chronicles of The Hobbit – Part 2”
Join cast and crew as they share their experiences making the second installment of The Hobbit trilogy in this comprehensive chronology of the production, featuring blocking and filming of key sequences – from Lake-town to Smaug’s lair – stories from the set, stunts, special effects, VFX and much more.

The Appendices Part X – “The Journey to Erebor”
Meet new characters and creatures joining the adventure while taking a revealing look at Howard Shore’s brilliant score, then watch Smaug the Magnificent and the realms of Middle-earth evolve from concept to creation, all to be captured in pioneering high-frame-rate 3D technology.

Also included is New Zealand: Home of Middle-earth – Part 2, which continues the wonderful featurette form the previous Hobbit movie, going on location in New Zealand to give you a closer look at the breathtaking scenery and locations that serve as the backdrop for the film.

Amazon also sells an exclusive 5-disc Limited Extended Edition of the Blu-Ray 3D version of the film for $99.96, which will contain a unique figurine, depicting the dwarf barrel ride. 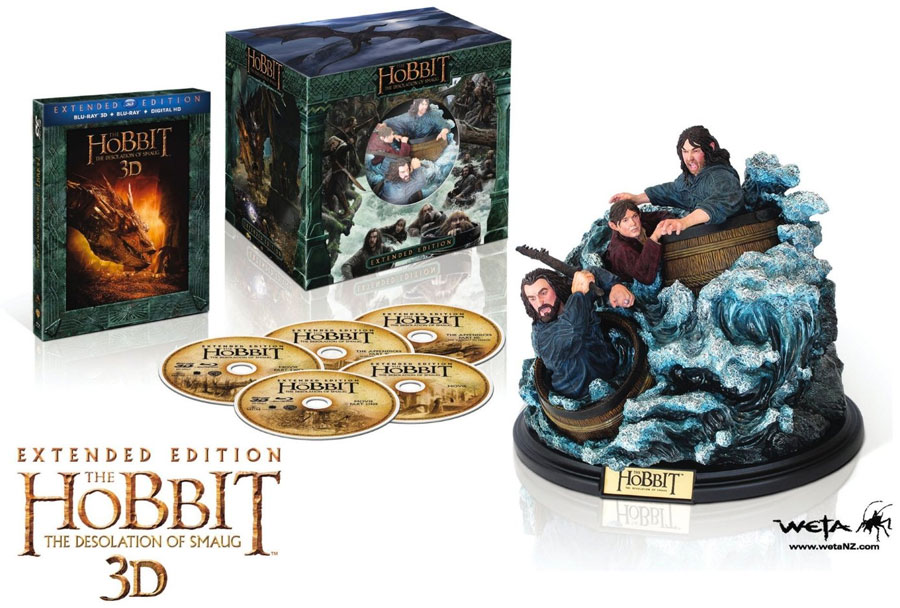