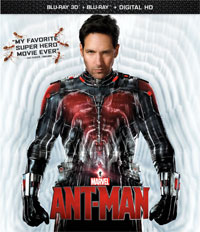 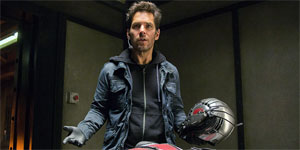 For each one of the monumental superheroes that the Marvel universe offers, there is also a superhero that is not nearly as famous and often overlooked by people who are only marginally familiar with comic books and their colorful exploits. “Ant-Man” definitely falls into that category. Up until the movie’s production announcement I did not even know such a hero existed, and I am sure neither did a lot of other folks. Nonetheless, flush with Marvel’s string of movie successes, I was very eager to see how the film of this underdog(ant) turned out and I checked out the Blu-Ray version that Buena Vista Home Entertainment sent over.

Freshly released from prison, Scott Lang (Paul Rudd) is trying to make an earnest living, but it isn’t easy. Non one’s hiring an ex-con, no matter how small or popular the infraction. 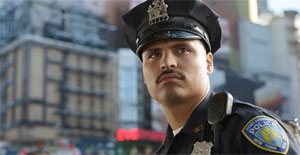 Eventually giving in, against his better judgment, to participate in a burglary, Lang soon finds himself face to face with Hank Pym (Michael Douglas), the victim, who also happened to orchestrate the heist in order to evaluate Lang’s abilities.
Prym is a scientist of world renown, who has recently been edged out of his own company by his former protégé. But Prym is not upset about that as much as he worries that the new leader of the company will take one of his most groundbreaking inventions and turn it into a weapon.

The invention in question? The Ant-Man suit – a suit that shrinks a man down to the size of an ant, gives him superhuman strength, and allows him move about virtually unseen. It also harnesses the power to control real ants, allowing the Ant-Man to draw upon a vast army of ferocious and single-minded warriors. 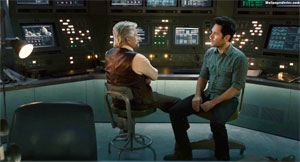 Does this sound silly? Well, it may sound sillier than it actually is, because once the film gets rolling, it all makes sense and fits together absolutely perfectly. Filled with an incredible sense of humor, “Ant-Man” is to “Iron Man” what “Guardians of the Galaxy” is to “The Avengers.” It is a story that never belittles its comic book origins but instead revels in it, going over the top whenever there is a chance, rollicking in a furious rollercoaster ride that is more fun than you might expect.

Despite the miniature size of is protagonist, the film is larded with explosive action. Since this is an origin story, the movie takes a little while to arrive at its main premise, but the build-up is handled so masterfully that it never feels slow or boring. In fact, some of the funniest moments spring from Lang learning to harness the powers of the Ant-Man and the rivalry between him and Prym’s daughter Hope, played by Evangeline Lilly, who always feels she should be the one wearing the suit. 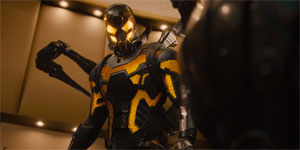 Once the film takes off, it does so full throttle and the action explodes on the screen with the same ferocity of any Marvel movie, delivering incredible moments of awe and a fascinating showdown.

I really did not know what to expect when I first put in “Ant-Man.” I had heard about certain issues that led to the original project-head, writer and director Edgar Wright abandoning the project, which didn’t bode well for the film. What greeted me on the screen, however, was a beautiful amalgam of silly and serious action, with likable characters and an unexpected magnetism that made the film a lot of fun to watch. 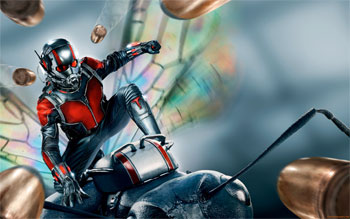 “Ant-Man” is presented in a pristine 1080p high definition transfer on this release in its original 2.35:1 widescreen aspect ratio. The image is incredibly rich with detail and colors truly pop off the screen. Brimming with computer generated imagery, the image nonetheless never feels excessively artificial and the balanced look of the transfer definitely helps rooting the image. Deep black levels render solid shadows and make sure the image has plenty of visual depth.

The audio is as big as any Marvel movie. With a brutal bass extension, the track will definitely give your system a solid workout and remind the neighbors that you’re still around. Its high ends are also clear and undistorted, however, making sure the track never feels just rumbly, but maintains a thorough transparency throughout. Dialogues are well integrated and always understandable. 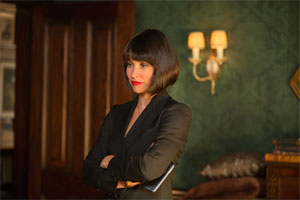 Like all Marvel releases, “Ant-Man” contains a good number of bonus materials, including a commentary track by director Payton Reed and actor Paul Rudd. The track is entertaining and informative, but don’t expect it to delve too deep into the technicalities of the production.

The meat of the supplements is in the featurettes that take a look at the making of the film, the characters, its origins and other aspects. The release is rounded out by a selection of Deleted and Extended Scenes.

“Ant-Man” was a very enjoyable surprise. Its colorful story, its over-the-top characters and premise, and its willingness to mock itself is helping make this another memorable Marvel entry. Fun, fun, fun!