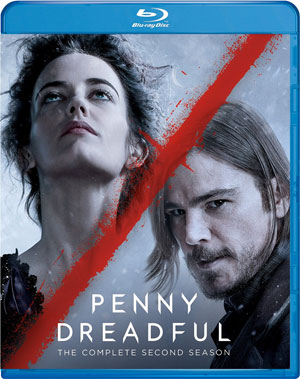 “Penny Dreadful” returns with ten powerful episodes and finds Vanessa Ives and Ethan Chandler forming a deeper bond as the group, including Sir Malcolm, Dr. Frankenstein (Harry Treadaway), and Sembene (Danny Sapani), unite to banish the evil forces that threaten to destroy them. Meanwhile, Dorian Gray (Reeve Carney), the Creature (Rory Kinnear) and Brona (Billie Piper) are all waging battles of their own.

Not much is known at this time about any bonus materials that may grace the release, but be prepared for the release of the show on October 6 for $48.99 on Blu-Ray Disc and $43.99 on DVD.