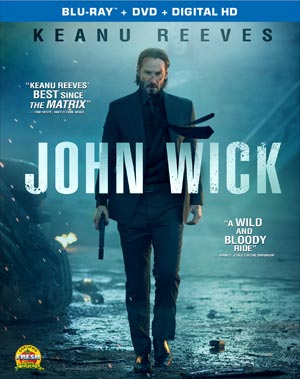 Lionsgate Home Entertainment and Summit Entertainment just added the action thriller John Wick to its roster, scheduling a Blu-Ray Combo Pack and a DVD version for release in early February.

When sadistic young thugs senselessly attack John Wick (Keanu Reeves)—a brilliantly lethal ex-assassin—they have no idea that they’ve just awakened the boogeyman.  With New York City as his bullet-riddled playground, Wick embarks on a merciless rampage, hunting down his adversaries with the skill and ruthlessness that made him an underworld legend.

The heart-pounding revenge thriller will include six exclusive Featurettes that take a detailed look at different aspects of the film including the intense stunts, incredible action sequences, the stylized look and locale of the film, establishing the world of John Wick and a discussion with director Chad Stahelski and producer David Leitch on how they made this action film their way.