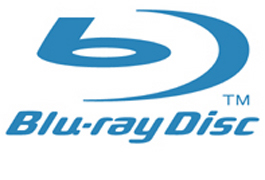 As talk of 4K TV sets is slowly heating up and 4K UltraHD TV sets are making appearances in stores, one of the biggest roadblocks of the new TV formats is hat there is absolutely no dedicated content available for them. What good is a 4K TV set when you have no media or movies to actually utilize the increased display resolution and color space? Don’t be fooled by marketing rhetoric—none of the streaming services that currently offers 4K content actually makes use of the potential of the format. Not even close…

To address the problem, the Blu-ray Disc Association has just announced that updated specifications for the Blu-Ray format will be made available in the spring of 2015, which will cover the inclusion of 4K Ultra HD content on Blu-Ray discs. Once the updated specs are available, it will take a number of months for them to be implemented by hardware manufacturers and software providers and according to the current timeline, the first 4K Ultra HD Blu-Ray discs may be in the market by Christmas 2015.

As you know, we have always been proponents of physical media. While streaming video does have its applications and benefits—I am a big fan of Amazon’s Instant Video service—the fact of the matter is that in terms of quality, nothing beats a physical disc, where the data stream can be perfectly optimized and does not have to deal with sluggish internet connections, bandwidth issues or the availability and accessibility of third party servers at all.

Nonetheless, one question will clearly be on everyone’s mind. How viable is Blu-Ray 4K in reality?

While I am looking forward to it very much, I am worried at the same time. Since we have been covering the industry for almost 20 years here on DVD Review, a few things have become blatantly obvious, and one of them is that Hollywood is chasing trends and does not make quality their top priority.

It is evident in the way the industry is treating the Blu-Ray format already. Most studios forgo Blu-Ray releases for their catalog titles for the most part, or license the rights out to other, small publishers. Deep catalog titles remain virtually untouched altogether. All that is truly being released on Blu-Ray Disc are new theatrical titles where the profile is high and the investment minimal, piggy-packing onto the DVD release.

When Blu-Ray first appeared on the scene Hollywood expected it to be a runaway success, the way DVD was. They had the dollar signs in their eyes, remembering the gold rush of 1999 and 2000 where DVD sales eclipsed anything the industry had ever seen.

It was not to be. Blu-Ray sales are much lower than their DVD counterparts used to be, and the reasons for that are easy to see. DVD was a revolution. It replaced a format that was absolutely hideous in terms of quality and usability—remember to rewind the tape—and turned it into a high quality visual and auditory experience that, on top of it all, was small and super convenient and cheap.

Blu-Ray on the other hand did not have that advantage. It was trying to replace the most established home video format in the world, which was so good that many people question the necessity of it being replaced to this day. Too many people did not—and perhaps still do not—see the advantage that Blu-Ray had to offer. They look at it as a DVD with better image, which is not enough to pay the premium most Hollywood studios charge for it.

In addition, Hollywood began digging its own graves by offering the same movies they released on Blu-Ray as streaming video titles. To add insult to injury, they offered streaming high definition video versions of movies they didn’t even release on Blu-Ray. Not surprisingly, people began to question the format and instead of spending $40 on a Blu-Ray disc, they spent $2 on a rented streaming version on Amazon. Hollywood was in tears…

The sad thing is that Hollywood still does not see its own mistakes and history is bound to repeat itself when Blu-Ray 4K appears. Just like Blu-Ray 3D, it will flare up and very quickly lose its luster because once again, Hollywood will realize that it is not going to be a revolution on the scale of the DVD invasion. It will slowly build an audience and grow very slowly. Studios will once again be disappointed and look for other venues to monetize their films. Once again, amazon will be there to catch the ball, offering UltraHD streaming video and before you know it Hollywood’s interest in Blu-Ray 4K will wane before it even had the chance to mature.

I am often flabbergasted at how blasé Hollywood studios can be, how they sometimes create their own illusion and believe in it. Blu-Ray could long have surplanted and eradicated DVD in the market. Blu-Ray players are every bit as cheap as DVD players, for the past 6 years, every TV set that has been sold was a high definition set, and yet, the studios keep pandering to an ossified market. If the pricing for Blu-Ray would be identical to DVD, there would be no need to create costly Blu-Ray/DVD combos packs, just to create the illusion of giving the consumer options. The use of that ridiculously inconvenient and flawed UltraViolet format doesn’t help things either, making Blu-Ray a format that still feels like the unwanted stepchild, rather than the tip of the spearhead, which it truly is. Let’s face it, in technological terms, no other format can hold a candle to it, and especially not the streaming video formats, no matter how glossy they make the appear or how convenient they may be.

Still, we here at DVD Review are looking forward to the next generation of Blu-Ray formats that will embrace the increased capabilities of modern high definition video. Are you?