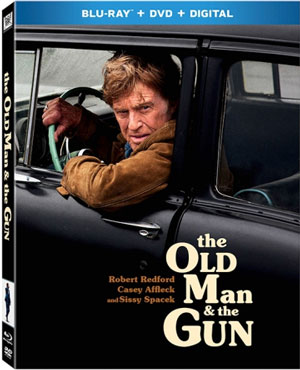 Robert Redford and Sissy Spacek will steal your heart in this Charming comedy about the mostly true story of Forrest Tucker (Robert Redford)—from his daring prison escape at age 70 to an unprecedented string of bank heists that confounded authorities and enchanted the public. Wrapped up in the pursuit are detective John Hunt (Casey Affleck), who is captivated by Forrest’s commitment to his craft, and Jewel (Sissy Spacek), the woman who loves him despite his criminal ways.

In addition to the feature film, the release will also include a Commentary Track By Writer/Director David Lowery, as well as a series of Featurettes, such as Everything Else We Shot, Prison Cats, On Filmmaking, 31 Wake-Ups and Joining The Hunt.

A Still Gallery will round out the release.