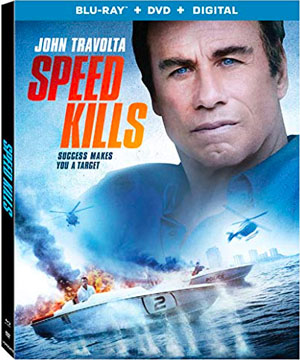 Lionsgate Home Entertainment has unveiled the upcoming release of the high-octane thriller Speed Kills, scheduling it for release on Blu-Ray Disc and DVD in January.

John Travolta commands the screen as Ben Aronoff, a speedboat racing champion and multimillionaire living the American Dream. But Ben hides a dangerous secret life: His boats are being used to move cocaine through Miami. Suddenly caught in a crossfire between DEA agents and the mob, Ben makes a desperate stand to save his family and his empire in this action-filled thriller based on an incredible true story.

At this time, no bonus materials have been announced for the release, but you will be able to grab your copy when it arrives in stores on January 15 for $22.99 on Blu-Ray Disc and $19.98 on DVD.