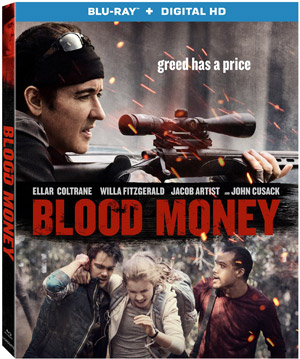 Lionsgate Home Entertainment has added the thriller Blood Money to its roster, scheduling a Blu-Ray Disc and DVD version of the movie for release in December.

Three friends on a wilderness excursion stumble upon bags of money and suddenly must outrun a white-collar criminal (John Cusack) hell-bent on retrieving his fortune.  Soon, greed and mistrust turn the friends against each other as they wage a desperate fight for survival.

Directed by cult director Lucky McKee, the release will feature the movie itself, along with the Featurette “Blood Money Uncovered”.