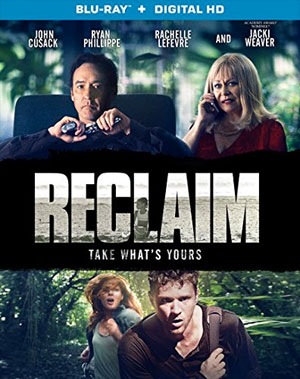 Lionsgate Home Entertainment has added the heart-racing thriller Reclaim to its release line-up, scheduling the movie for release on Blu-Ray Disc and DVD in November.

When the newly adopted daughter of American couple Steven (Ryan Phillippe) and Shannon (Rachelle Lefevre) goes missing while the family is abroad, they quickly discover that all is not what it seems with the adoption agency – and find themselves in a fight for their lives when they encounter Benjamin (John Cusack) and Reigert (Jacki Weaver), the culprits behind a high-stakes human-trafficking ring. To expose the truth and save their daughter, Steven and Shannon will have to risk everything…including their lives.

Both, the Blu-Ray version and the DVD, will come with an Audio Commentary by Director Alan White, as well as a selection of Deleted and Extended Scenes.
A Behind-the-scenes Featurette and Interviews with Cast and Crew members will also be included. The release will be rounded out by the “Fighting the World” Music Video.