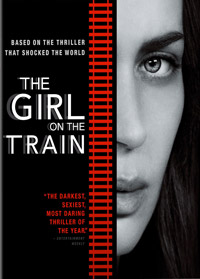 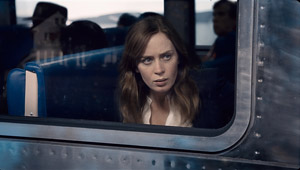 I admit that I’ve never read the book The Girl on the Train that Universal’s movie was based on. Despite its popularity, or perhaps, because of it. While I do love thrillers, I am not a fan of young adult fiction, which this story seemed to fall squarely into. Nonetheless, when Universal Home Entertainment sent over a 4K UHD copy of the film for review, I was eager to take a closer look.

Every day, Rachel (Emily Blunt) takes the train from her home into the city, and every day she stares out the window at the seemingly perfect homes fleeting past her eyes. One of them used to be hers. Before her divorce from Tom (Justin Theroux). Before he got remarried, to Anna (Rebecca Ferguson), the girl he had had an affair with. Before he had the baby girl she always wanted. Before Rachel became an alcoholic.

She watches, as the train passes, her former neighbor and friend Megan (Haley Bennett) and her perfect life with her perfect loving husband (Luke Evans). Bitter and liquored up to the eyeballs over the disillusion of a life she could never have. And then, one day, she observes Megan kissing a man. A different man. Not her husband, and upon seeing it, Rachel’s perfect illusion of perfection and self-pity collapses, pulling her into a maelstrom of fiery emotions. And then Megan is found… dead. 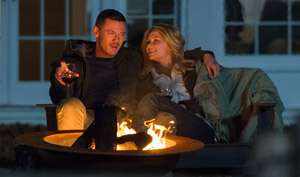 As it turns out, the movie plot was completely different from the impression I got through the trailers, originally, which led me to believe that Rachel was observing a murder from the train, when, in fact, the story firmly revolves around Rachel and the part she played in the murder. As such, the film plunges deep into Rachel’s emotional world and the constant whiplash from her alcohol addiction as she tries to come to terms with her desolate life, her depression, her dependency and her inability to find closure. And as the story dives deeper and deeper into Rachel’s world of twisted realities, it slowly emerges that there is a reason she never found closure… but those details are for you to watch and experience yourself.

Emily Blunt puts in a rock solid performance as Rachel, and we buy into her distraught character easily. Bouncing from sunshine to moments of the most dreaded despair, she runs the entire gamut of human emotions, mostly played out in emotional close-up with only her face and eyes doing the work. It is definitely a performance to see. 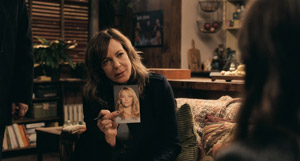 The supporting cast is well matched and nicely complements Blunt’s paranoia every step of the way, showing incomprehension or a willingness to help, respectively. But at the heart, this is Rachel’s story and so all other characters are diminishing in her focus.

While billed as a thriller, The Girl on the Train is really a murder mystery with some interesting twists and a deep emotional level. So, if you expect an actual thriller, this film is not it. Also, the fact that it so intimately centers around Rachel and her distorted world slows the film down. There are large portions during which nothing really happens, other than self-reflection. While these moments are nicely crafted and do not work detrimentally to the film as a whole, it was not at all what I expected, given the furious trailer and the misleading branding of the film as a thriller. 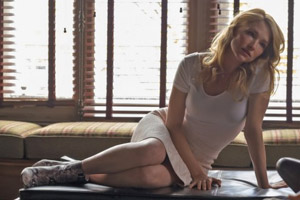 Universal Pictures Home Entertainment is presenting the film in a splendid 4K ultra high definition transfer on this release, that makes the most of the movie’s production. The natural look of the production is perfectly reproduced here with incredible amounts of image detail and a meticulous amount of contrast. Not being flashy or effects-driven, the film is not exactly a showcase reel for 4K UHD, but at the same time, viewers will notice how alive the picture looks, how deep and rich the presentation is and how the depth literally becomes dimensional on the screen.

Deep shadows give the image depth and highlights are always cleanly rendered, often adding to the dreamlike stupor quality of Rachel’s state of mind. Colors are faithfully rendered, putting the focus right on the characters, where it belongs in this story.

The disc features a DTS-X audio track that perfectly restores the movie’s original audio presentation. With lossless encoding and high bandwidth, the track is flawless in every aspect, recreating the mix of the movie with incredible detail and clarity while keeping all spatial information fully intact. 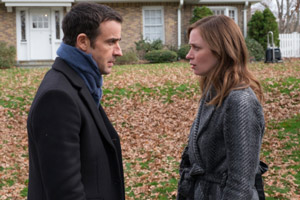 The release also offers up a number of bonus features, such as a commentary track by director Tate Taylor. The track is informative and revels in detail, showing once again, how deliberate Taylor’s work is. I observed this in his previous film “Get On Up” already, and it is on full display once again here. Every decision on the production has been carefully considered to create the exact cinematic effect the director had in mind.

The release also contains the featurettes “On Board the Train” and “The Women Behind the Girl” covering different production aspects, also covering the book.

The release is rounded out with a series of deleted and extended scenes.

The Girl on the Train was not what I expected, and I have to admit I am somewhat ambivalent about the movie. I didn’t love it, but at the same time, I didn’t dislike it either. It was a tad too slow for my taste and, perhaps, a bit too somber and too deep in the bottle, taking me out of my viewing comfort zone. Is that a bad thing? No, not at all. I am certain the style of the film, its pacing, its editing, its visual style will appeal to a great many viewers. So, give it a try. Especially if you enjoyed the book and want to see how it translates to the screen.