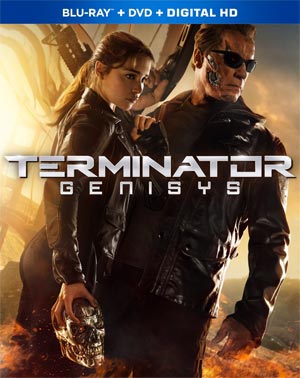 This morning Paramount Home Entertainment announced the upcoming release of Terinator: Genisys, preparing a Blu-Ray Disc and DVD version of the film for release in November.

On DVD the movie will arrive as a single-disc version only, with no extras.

Fortunately, the movie fares a bit better on Blu-Ray, where you will find the Featurette ”Family Dynamics” about the casting of the film and how the actors filled some of the most iconic roles in cinematic history. Also included on the release is ”Infiltration and Termination”, allowing you to go behind the scenes to San Francisco and New Orleans in a first-hand look at filming locations. ”Upgrades: VFX of Terminator Genisys” offers up a look at the  revolutionary visual effects behind the movie’s incredible action sequences.