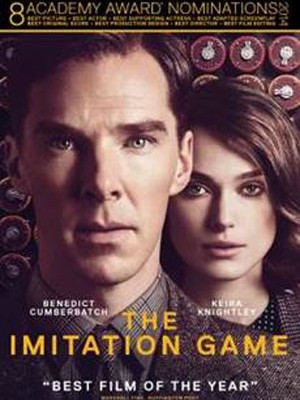 Anchor Bay Entertainment and The Weinstein Company have just announced the impending release of The Imitation Game on home video, scheduling a Blu-Ray Disc and DVD version of the Academy Award-winning film for release in late March.

During the winter of 1952, British authorities entered the home of mathematician, cryptanalyst and war hero Alan Turing (Benedict Cumberbatch) to investigate a reported burglary. They instead ended up arresting Turing himself on charges of “gross indecency” – an accusation that would lead to his devastating conviction for the criminal offense of homosexuality. Little did officials know, they were actually incriminating the pioneer of modern-day computing.

Famously leading a motley group of scholars, linguists, chess champions and intelligence officers, he was credited with cracking the so-called unbreakable codes of Germany’s World War II Enigma machine. An intense and haunting portrayal of a brilliant, complicated man, “The Imitation Game” is the story of a genius who under nail-biting pressure helped to shorten the war and, in turn, save thousands of lives.

The DVD version will feature the movie along with a Commentary Track and a selection of Deleted Scenes. In addition, the release will also contain a Making-of Featurette.

The Blu-Ray version will also offer up the Commentary Track and the Deleted Scenes, along with the Making-of Featurette, but will further add a special Q&A Highlights bonus feature to the mix.