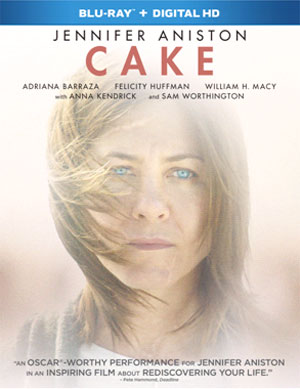 Twentieth Century Fox Home Entertainment is putting the final touches to Cake, bringing Jennifer Aniston’s raw and emotional journey to navigate her way through personal redemption to Blu-Ray Disc and DVD in April.

“Cake” takes us into the darkly funny world of Claire Bennett (Jennifer Aniston) who initiates a dubious relationship with a widower (Sam Worthington) while confronting fantastical hallucinations of his dead wife (Anna Kendrick). With her feisty housekeeper-cum-caretaker (Adriana Barraza) ever at her side, Claire searches for human connection and self-forgiveness in this tale of personal redemption.

“Cake” will be served on April 21, though no price point has been announced at this time.