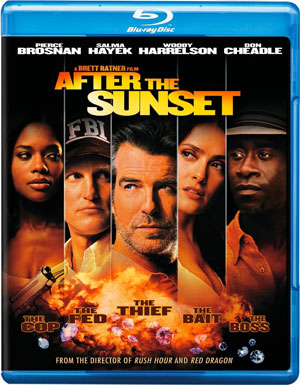 Warner Brothers Home Entertainment has added two additional titles to their line-up, bringing the action thrillers After The Sunset and The Corruptor to Blu-Ray Disc as $14.98 budget releases in early April.

In Brett Ratner’s 2004 movie After The Sunset, two master thieves, Max Burdett (Pierce Brosnan) and his beautiful accomplice Lola (Salma Hayek), have escaped to the Bahamas to relax and enjoy their hard-earned riches. But Stan (Woody Harrelson), the FBI agent trailing Max, refuses to believe that his nemesis is calling it quits. He suspects Max and Lola of plotting to steal the last Napoleon diamond, coincidentally scheduled to arrive on the island as part of a cruise ship exhibition.

While Lola is content settling into their new life of leisure, Max contemplates stealing the diamond. Now the question is, will he get back into the heist game – and will Stan finally catch him?

Despite the budget price point, Warner Home Entertainment has decided to send all the bonus materials from New Line’ previous Platinum Edition DVD release along for the ride, including the original Feature Commentary with Director Brett Ratner, a host of Deleted and Alternate Scenes presented with optional Director Commentary, a Blooper Reel, Interviews and the Featurette ”Before, During and After The Sunset”. 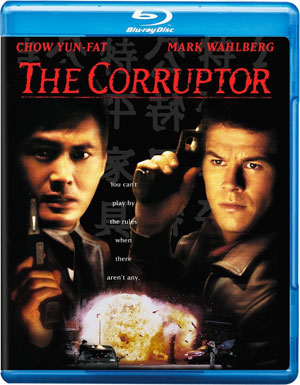 The second title in the list is The Corruptor, James Foley’s hard-hitting tale of deception, violence and betrayal in New York City’s Chinatown. International superstar Chow Yun-Fat and Mark Wahlberg lead an outstanding supporting cast through a heart-racing story.

The release will be accompanied by a Audio Commentary by director James Foley, the “Take It Off” Music Video and the Making-Of Featurette from the DVD version will be included in the release.

“After the Sunset” and “The Corruptor” will be available on April 7 for only $14.98 each, on Blu-Ray Disc for the first time.