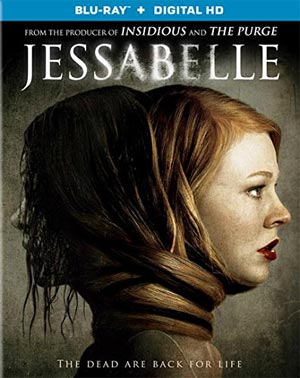 Lionsgate Home Entertainment has added Jessabelle to its release roster, bringing this ghostly tale by the producer behind Insidious and The Purge to Blu-Ray Disc and DVD in January.

Returning to her childhood home in Louisiana to recuperate from a horrific car accident, Jessabelle (Sarah Snook) comes face to face with a long-tormented spirit that has been seeking her return and clearly has no intention of letting her escape.

Aside from the feature film itself, the release will also include an Audio Commentary with Director Kevin Greutert, Writer Robert Ben Garant and Executive Producer Jerry P. Jacobs. In addition, you will also find Deleted Scenes as well as a selection of Outtakes on the disc.

The release also features an Extended Ending as a supplement and offers you a deeper look into the making of the film with the Featurette “Jessabelle: Deep in the Bayou”.

“Jessabelle” will be released on January 13 with a suggested retail price of $19.99 on Blu-Ray Disc with DigitalHD and $19.98 on DVD with a Digital Copy.