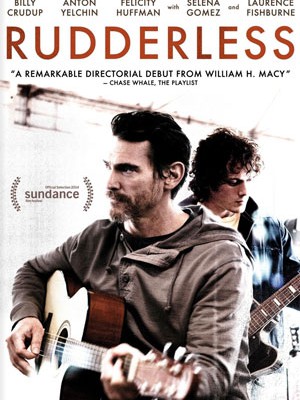 “Rudderless” tells the story of Sam, a father (Billy Crudup) whose life is torn apart by the sudden death of his son.  When Sam discovers a box filled with his son’s demo tapes and lyrics, his own child’s musical talent is a revelation for him.  Sam learns each song and eventually musters the will to perform one at a local bar.  When Quentin (Anton Yelchin), a young musician in the audience, is captivated by the song, the unlikely duo forms a rock band that becomes surprisingly popular and revitalizes both of their lives.

The DVD will feature an anamorphic widescreen presentation of the movie with a Dolby Digital 5.1 audio track. In addition, you will find a handful of Deleted Scenes on the release, as well as the Featurette ”Hear This Song” and the Music Video ”Hold On” with Selena Gomez and Ben Kweller.