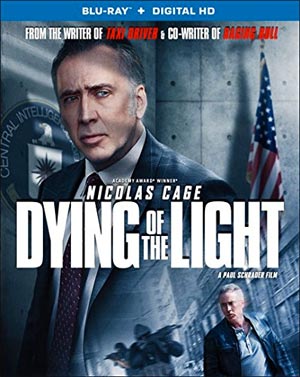 Lionsgate Home Entertainment is currently preparing the action-packed thriller The Dying of the Light, bringing it to Blu-Ray Disc and DVD in February.

Evan Lake (Nicolas Cage), a veteran CIA agent, has been ordered to retire. But when his protégé (Anton Yelchin) uncovers evidence that Lake’s nemesis, the terrorist Banir (Alexander Karim), has resurfaced, Lake goes rogue, embarking on a perilous, intercontinental mission to eliminate his sworn enemy.

The electrifying cloak-and-dagger thriller also offers a number of bonus materials, such as a selection of Deleted and Extended Scenes, as well as Cast & Crew Interviews and a Making-Of Featurette.