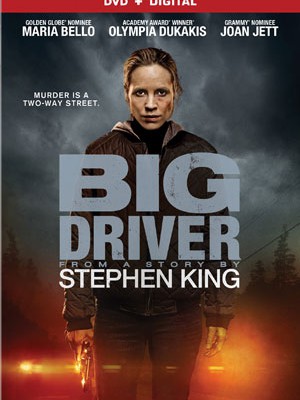 Tess Thorne, a famous writer, faces a long drive home following a book signing. While driving on a lonely New England road, her tire blows out, leaving her stranded. Relieved when another driver stops and offers assistance, Tess quickly discovers her savior is actually a serial killer who repeatedly assaults her. She is determined to find her rapist and seek revenge, as payback is the only thing holding her together.

Based on a short story by Stephen King and adapted for TV by Richard Christian Matheson, son of the illustrious Richard Matheson, this dark story of revenge will be available on January 27 for only $14.98.