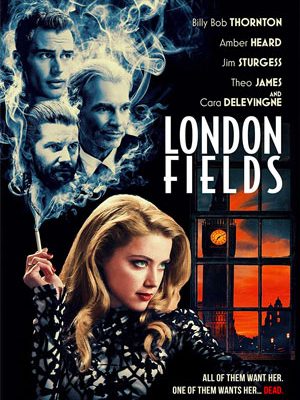 Twentieth Century Fox Home Entertainment has just released information about the upcoming release of London Fields, scheduling a DVD version of the noir-inspired thriller for mid-February.

Based on Martin Amis’ best-selling novel, London Fields is a dark and suspenseful thriller in which clairvoyant femme fatale Nicola Six (Amber Heard) has a premonition about her impending murder. Yet rather than try to save herself, she engages in the elaborate seduction of three men, one of whom she knows will be her murderer. One, an American author with a fatal illness (Billy Bob Thornton), decides her story will form the basis of his final novel. The tension builds to a feverish climax in this noir-tinted story of desire and self-destruction.

Fox has not announced any bonus features that may accompany the release and sadly, only a DVD version, as well as a digital version, will be available. London Fields will be in stores on February 12 for $29.98.