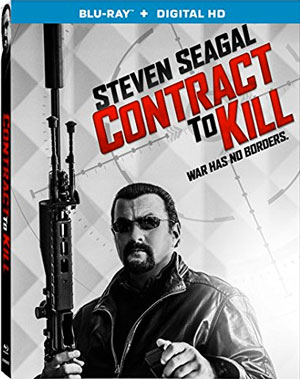 Lionsgate Home Entertainment has added the action thriller Contract to Kill to its release line-up, scheduling Blu-Ray Disc and DVD versions to hit stores in February.

In Contract to Kill, an explosive, heart-pounding action-thriller, Steven Seagal stars as a government enforcer investigating a terrorist plot that leads him and his team to Istanbul. There, they uncover an extremist plan to use drug-smuggling routes to bring deadly weapons—and leaders—into the U.S. To prevent an attack on America, Harmon must turn these two savage forces against one another before his time—and luck—runs out.

Aside from the feature film itself, the release will also contain the Featurette “The Making of Contract to Kill” as its sole bonus feature.

Contract to Kill will be in stores on February 28 with a $19.99 sticker price for both the Blu-Ray Disc and the DVD version.