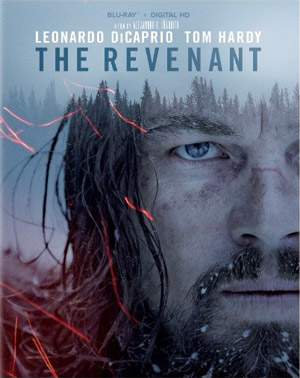 Twentieth Century Fox Home Entertainment has just released details about the upcoming release of The Revenant, scheduling a Blu-Ray and DVD version for release in April.

Inspired by true events,  “The Revenant” follows the story of legendary explorer Hugh Glass (Leonardo DiCaprio) on his quest for survival and justice.  After a brutal bear attack, Glass is left for dead by a treacherous member of his hunting team (Tom Hardy).  Against extraordinary odds, and enduring unimaginable grief, Glass battles a relentless winter in uncharted terrain. This epic adventure by Oscar Winner Alejandro G. Iñárritu captures the extraordinary power of the human spirit in an immersive and visceral experience that is brought to life with incredible bravado by Leonardo DiCaprio in an Oscar-winning performance.

As the only bonus feature on the release, you will find the Making-of Documentary “A World Unseen” on the disc.