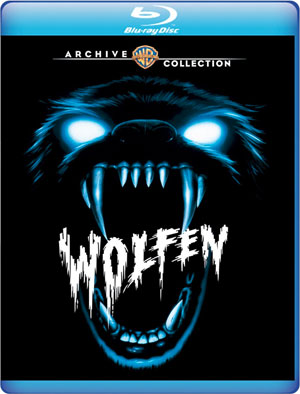 A real-estate tycoon, his coke-binging wife and a slum wino have something grisly in common: They’re the latest victims in a series of random murders. A veteran NYPD detective soon suspects the killings may be supernatural and deliberate – ages-old beings of cunning intelligence and incredible power defending their turf from the encroachments of humankind. Using a Steadicam camera and Louma crane to simulate the predators’ perspectives. Director Michael Wadleigh achieves a remarkable blend of New York City mystery and menace not captured on film before. With deft performances by Albert Finney, Gregory Hines, Diane Venora and Edward James Olmos, Wolfen is a full-fanged, full-throttle horror ride.

No bonus materials have been announced for the release, and considering that the DVD was without supplements also, it is safe to assume that the Blu-Ray version will come with only the film’s Theatrical Trailer.