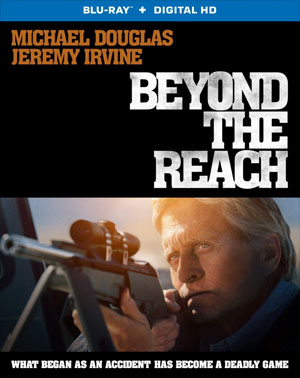 Lionsgate Home Entertainment has added the Beyond the Reach to its line-up, giving Michael Douglas to bask in the blazing desert sun in his most menacing role in years when the film arrives on Blu-Ray Disc and DVD June.

A cocky businessman (Michael Douglas) spends his spare time big-game hunting. But when he hires an earnest young guide (Jeremy Irvine) to take him deep into the Mojave Desert in search of prey, things quickly go awry when he shoots and kills an innocent man by mistake. When the guide refuses to be drawn into the dishonest cover-up, a deadly game of cat-and-mouse ensues across a barren and brutal desert pitting hunter against prey.

In addition you will find a Making-Of Featurette on the release, as well as the Featurette ”Six Wheeling: Inside and Outside the Ultimate Ride”.