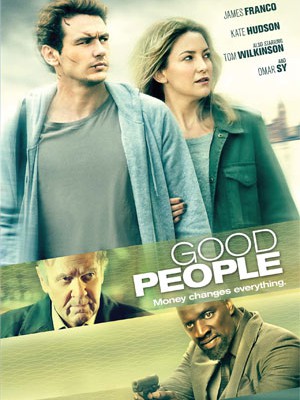 Millennium Entertainment is preparing the release of the crime-thriller Good People currently, bringing the film to Blu-Ray Disc and DVD later this month.

In the movie, a young American couple (James Franco and Kate Hudson) falls into severe debt while renovating a home in London. When they discover that the tenant in the apartment below them was murdered and left $400,000 cash stashed in the ceiling, the couple thinks all of their problems are solved…but that’s when very bad things start happening to good people.

While featuring a 1080p high definition presentation with high definition audio, it appears both the Blu-Ray and DVD version will be making their debut without any bonus features.