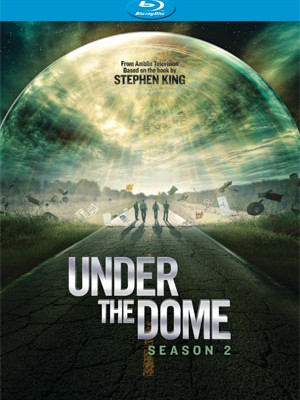 Paramount Home Entertainment has just unveiled details about the upcoming release of the TV show Under the Dome: Season Two, bringing the show to Blu-Ray Disc and DVD in December.

From executive producer Steven Spielberg and based on the best-selling novel by Stephen King, Under the Dome is the story of a small New England town that is suddenly and inexplicably sealed off from the rest of the world by an enormous transparent dome. The town’s inhabitants must deal with surviving the post-apocalyptic conditions while searching for answers to what this barrier is, where it came from and if and when it will go away.

In Season 2 of “Under the Dome,” the people of Chester’s Mill struggle to break free of their nightmare, as a mysterious stranger and diminishing food supply threaten their very survival. Big Jim, driven by his lust for power, assumes the role of town sheriff. Meanwhile, someone has discovered a way out of the dome…will the rest escape?

The Blu-Ray and DVD set will feature all episodes of the show’s second season but will also contain a number of bonus features, such as an Interview with Stephen King where he discusses the second season.

Also included are a good number of Featurettes covering many aspects of the show and its production, suchas ” Readings From The Dome,” “Welcome Back To Chester’s Mill,” “A Journey Through Season 2,” “The Transmedia World of Under The Dome,” “The VFX” and ” Filming The Season Premiere.