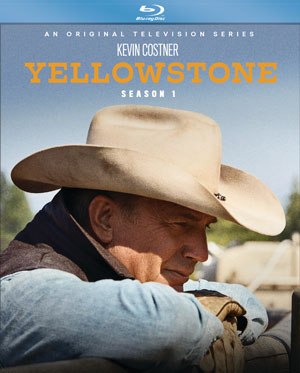 Yellowstone: Season One chronicles the Dutton family, led by John Dutton (Kevin Costner), who controls the largest contiguous cattle ranch in the United States.  Amid shifting alliances, unsolved murders, open wounds, and hard-earned respect – the ranch is in constant conflict with those it borders – an expanding town, an Indian reservation, and America’s first national park.

The 3-disc release will also be host to a number of bonus features, such as the Featurettes Inside Yellowstone, Costner on Yellowstone and Cowboy Camp.

Yellowstone will arrive in all of its glory on December 4 and will carry a $39.99 sticker price on Blu-Ray and a $29.98 price tag on DVD.