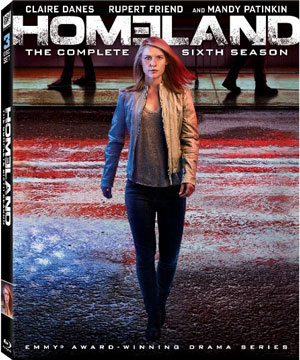 Now living in New York City, Carrie (Claire Danes) gets swept up in the aftereffects of the U.S. presidential election as she struggles to deal with an injury-ravaged Peter Quinn (Rupert Friend) and an increasingly suspicious Saul Berenson (Mandy Patinkin). When the president-elect battles the CIA during her transition to power, Carrie finds herself caught in the crossfire in the acclaimed series that continues to deliver stunning twists and edge-of-your-seat suspense.

Aside from all season six episodes, the DVD version will also include the Featurettes ”On Location: New York City”, as well as ”About Season 6”.