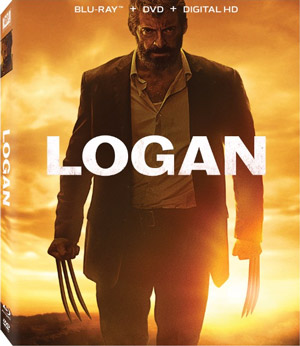 Touting an R-rating, allowing fans to finally see Logan’s legendary berserk rage unleashed, director James Mangold brings a visceral and gritty realism to the story, based on one of Marvel Comics’ most popular characters. In the near future, a weary Logan (Hugh Jackman) cares for an ailing Professor X (Patrick Stewart) in a hideout on the Mexican border. But Logan’s attempts to hide from the world and his legacy are upended when a young mutant (Dafne Keen) arrives, being pursued by dark forces.

Aside from the feature film, the release will also feature a few bonus features on the 4K UHD and Blu-Ray version of the release. Among these features are a Commentary Track by Director James Mangold, a selection of Deleted Scenes with optional commentary, as well as a Making-Of Featurette that will take you behind the scenes of the production.

In addition, “Logan” will also be presented as Logan Noir, a black and white version of the movie on the disc.