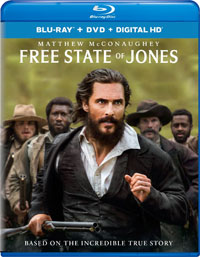 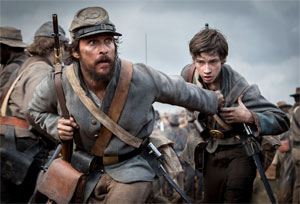 Many stories have been told about the American Civil War, the abolition of slavery and many of the heroes of the era who truly effected a change in our country. And yet, there are always more stories, yet to be told on a wide basis, that are brimming with equal idealism and heroism. “Free State of Jones” is one such story. Until the movie, I had been completely oblivious to this remarkable story and I am ever so thankful that I’ve had the chance to take a look at this release to hear about this unforgettable uprising.

Newton Knight (Matthew McConaughey) is a farmer in the state of Mississippi who is fighting the Civil War in the Confederate army. The problem is, he cannot identify with the Southern ideals he is supposed to fight for, and he certainly doesn’t feel an obligation to die just to keep rich plantation owners in their fat. When his young nephew is killed in action, Newt has had enough. He deserts the army and takes the boy’s body back to his mother. 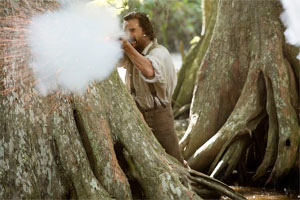 Once back home he realizes that the army is abusing its power, robbing the citizens blind. Hiding behind a law, that states that citizens have to support the army and give 10% in goods for taxes, they exploit the situations by taken anything they can get their hands on, leaving the farmers without crop or food. Not standing for this kind of exploitation, Newt stands up to the tax collectors and protects the local farmers, but the cost is high. As a deserter, he instantly becomes the target of a hunting campaign that drives him deep into the swamps of the Mississippi where he finds safety among a group of runaway slaves.

As he hears their stories, he realizes, just how deep the social injustices go and he is determined to make a stand. With a small guerilla-style militia he begins to hold up tax collectors and takes back the goods they stole from the farmers. At first the army does not take the “Free Men of Jones County” as a serious threat, but when Newt attracts more and more deserters, growing his army to more than six-hundred men, they begin to become a serious threat—particularly when Newt begins negotiations with the Union army. 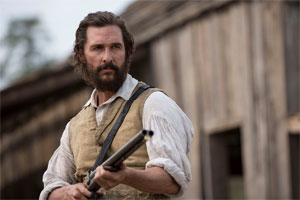 The story of Newton Knight and his dedication to his community and friends, as well as his conviction that you need to stand up against the oppression of the Confederate discrimination and abuse, are incredibly powerful. As such, the story almost tells itself, but in the hands of director and co-writer Gary Ross, the narrative takes on a whole new scope. Newt becomes flesh and blood and leaps of the screen as Matthew McConaughey plays the character with his laid back charisma but also a fearless ferocity that carries the true mark of an actor challenging himself. Once again, he defies the stereotypes and presents us with a fighter for a noble cause who, despite his popularity and acclaim by his followers, never sees himself above the rest but stays on the forefront and the trenches of the fight every single minute. The best part is, however, that McConaughey is the right choice for the role. In his performance, it is easy to see him as such a leader, a man others look up to and are willing to follow. Whether it is during the war or once the fighting has ceased and the country is trying to create a better future for itself, New Knight always represented the best of what it means to be “right” and to help the weak and underprivileged. 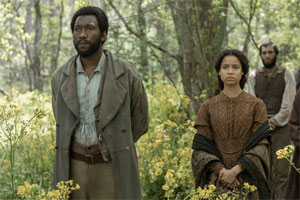 Shot mostly in beautiful Louisiana, the movie has a wonderful sense of authenticity. The lush greens of the forests and the murky environs of the bayous is captured magnificently, transporting viewers straight to the events. With a great cast and the solid script, the movie takes a close look at the injustices of yesteryear, but, through some introspection sequences, also shines some light on how little the injustices had changed almost 100 years later, and even to this day we have to admit to ourselves, that the many prejudices put on display in this film and the abuse of power are still very much with us.

Presented in a pristine 1080p high definition transfer on this release, “Free State of Jones” is magnificent to look at in every aspect. Rich colors that revel in detail and all shades make this presentation a perfect high definition showcase. Even the most subtle textures and gradients in hues are perfectly rendered and brought to life in this transfer, while the deep black give the image a visual depth that dramatically extends the horizon in the viewers mind. Not a hint of grain is evident and not single speck is evident in the transfer. 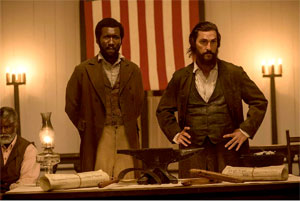 The disc features a 5.1 DTS-HD Master Audio track that is fully on par with the visual presentation. Offering a solid bass extension that drives home the explosive scenes, the audio mix also manages to capture the subtle moments when only the ambiance of the swamplands works its magic. With powerful discrete spatial sound effects, the audio is creating an bombastic and aggressive sound field when necessary. Dialogues are perfectly balanced and always understandable.

The featurette “The History of Jones County” is the only bonus feature on the release, which is a bit disappointing, of course. It surprises me again and again that studios continuously drop the ball when it comes to proper bonus features for relevant movies, especially when they are based in actual history. On the one hand we are seeing four hours worth of bonus material on a popcorn movie of no relevance, yet a film and a subject matter that truly matters and engages is left with nothing but short promo featurette.

“Free State of Jones” makes for a perfect civics lesson and should be required viewing in US History classes around the country. Just the way “To Kill a Mockingbird” and “The Patriot” are often used to illustrate the struggle, the raw emotions, the sacrifice and the importance of civil courage, “Free State of Jones” is among the best and most inspiring films I have seen on this subject.