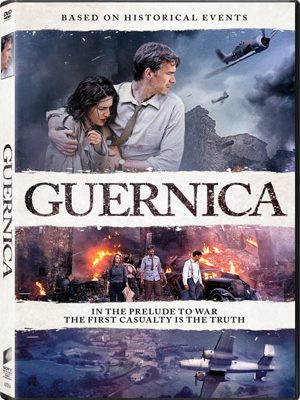 1937 Spain: lines are being drawn, sides are being chosen… and the world will never be the same. As the citizens of the village of Guernica live with the day-to-day realities of the Civil War, an American journalist (James D’Arcy) secretly joins forces with a local press-office censor (María Valverde) to work against the stringent restrictions that are becoming more common. But everything changes when German forces attack the town, and the freedom of the press becomes a vital weapon. Based on the historical events of the bombing that set the stage for World War II.

The release will also contain Deleted and Extended Scenes as the only bonus features.

“Guernica” arrives on DVD, without a Blu-Ray counterpart, on August 2 and can be yours for $19.99.