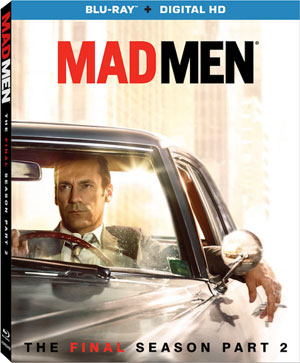 Lionsgate Home Entertainment has just revealed details about the conclusion of Mad Men on Blu-Ray and DVD, bringing The Final Season: Part 2 to home video, alongside with a Mad Men: The Complete Collection set.

“Mad Men: The Final Season, Part 2” marks the end of an era for iconic ad man Don Draper, leaving viewers with the final look at the legacy of Madison Avenue’s finest advertising professionals. The release will include four Behind-the-scenes Featurettes, an Advertising Timeline and Audio Commentary on each episode. 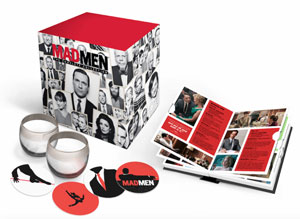 “Mad Men: The Complete Collection” is arriving as a limited-edition gift set, that features the complete seven seasons and all special features ever released. In addition, you will find four hours of brand-new bonus material on the release, including a Look at the Casting and Design of the show, a One-on-one Sit-down with Matthew Weiner and two Hand-made Silver-rimmed Lowball Tumblers and four Cork Coasters.