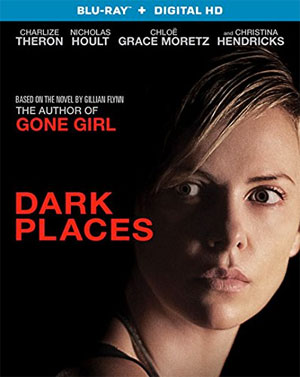 Lionsgate Home Entertainment just revealed the upcoming release of Dark Places, a twisted thriller, for release on DVD and Blu-Ray in October.

Libby Day (Charlize Theron) was only seven years old when her mother and two sisters were murdered and her brother Ben (Tye Sheridan) was jailed for the crime. Now, twenty-five years later, Libby discovers shocking evidence that Ben may be innocent-and the real killer is still at large. Nicholas Hoult, Chloë Grace Moretz, Sterling Jerins, Corey Stoll and Christina Hendricks costar in this ingeniously plotted thriller based on the best-selling novel by Gillian Flynn.

As bonus features, the release will also contain the Featurettes “Bringing Dark Places to Light” and “About the Author: Gillian Flynn & Dark Places”.