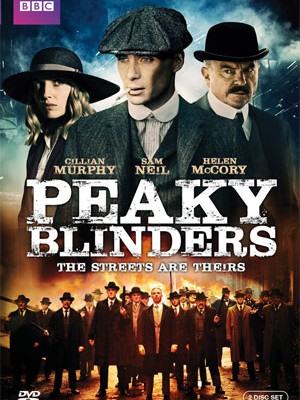 As the studios rolls out its announcement for its fall releases, BBC Home Entertainment has revealed the upcoming DVD and Blu-Ray Disc release of the six-hour mini series Peaky Blinders in October.

In early twentieth century Birmingham, the gang, named for the razor blades sewn into the peaks of their caps, and their dangerous leader Tommy Shelby (Cillian Murphy) rule the streets. But Shelby’s ambitions extend beyond running the streets, and he is determined to move up in the world. In the searing first season of the acclaimed drama, the Blinders have the full attention of Inspector Campbell (Sam Neill), who has the monumental task of taking back the bloody streets of Birmingham. Brilliant performances and jaw-dropping surprises fill the screen as Shelby battles to keep a stronghold on his evil underworld.

In addition to the show, the release will also include the Featurette ” The Making of Peaky Blinders.