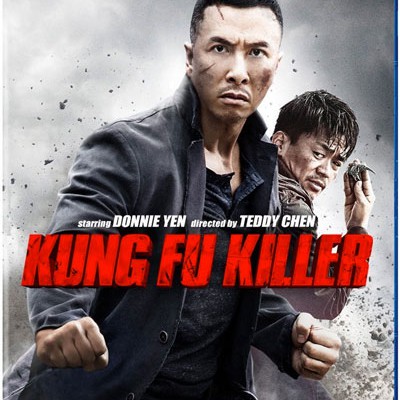 A vicious killer stalks the streets of Hong Kong, methodically executing top martial arts competitors. Xia (Donnie Yen), a convicted killer and kung fu expert, offers to help police find the killer and put him behind bars – in return for his own freedom. The killer eludes them again and again, taunting the cops – and Xia, his new target – to discover his next moves. Xia refuses to play his lethal game…until the killer threatens the woman he loves most.

In addition to the movie, the release also contains a 4-part Making-of Featurette that covers ”Fight To The Top,” “The Spirit of Kung Fu,” “The Final Duel” and ”Legendary Action Directors”.

The release will be rounded out by the movie’s Theatrical Trailer.