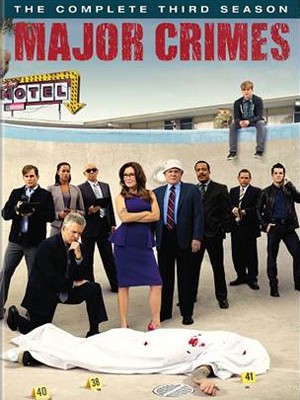 Season three finds the unit involved in a series of startling and complex cases. The detectives investigate the death of a canine that inherited his deceased millionaire master’s fortune; a young runaway who is found murdered in a trash can; a woman who confesses to killing her rapist; a series of young girls who disappear from a nightclub; a father and two young kids who go missing and several other captivating mysteries. The third season also brings the return of homeless teen and material witness Rusty Beck (Graham Patrick Martin), who is taken in — and adopted — by Captain Raydor. It’s a thrilling season filled with intriguing cases and compelling stories about the lives of the officers and prosecutors who work together to rid the streets of Los Angeles of some its worst criminals.

Aside from all 19 of the show’s third season episodes, the four-disc DVD set will also include Never-Before-Seen Unaired Scenes and a Gag Reel.