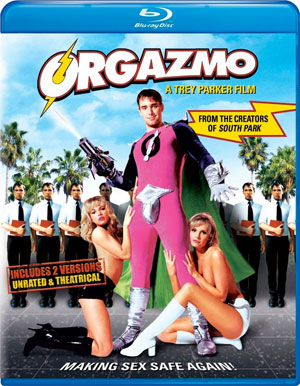 Universal Home Entertainment is unleashing the 1997 cult comedy Orgazmo, when they will release this film by South Park-co-creator Trey Parker on Blu-Ray Disc in May.

In addition to these commentaries, you will find a series of Featurettes on the release, such as ”The Book of Orgazmo,” and “Behind the Scenes”. A Dragon Con Interview and EPK Interviews will also be included, as well as the movie’s Red Band Trailer and the Original 16mm Trailer. The release will be rounded out by a Photo Gallery.