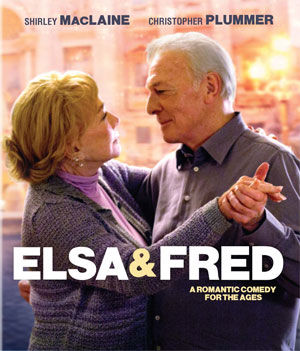 Millennium Entertainment has added the romantic comedy Else & Fred to its line-up, scheduling the film for release on Blu-Ray Disc and DVD in December.

“Else & Fred” is the story of two people who, at the end of the road, discover that it’s never too late to love. After losing his wife, Fred (Christopher Plummer) feels disturbed, confused and alone, so his daughter (Marcia Gay Harden) helps move him into a small apartment where he meets Elsa (Shirley MacLaine). From that moment on, everything changes. Elsa bursts into Fred’s life like a whirlwind, determined to teach him that the time he has left to live—be it more or less—is precious and that he should enjoy it as he pleases.

The movie will be presented in its original widescreen format on the release, but no bonus materials have been announced.