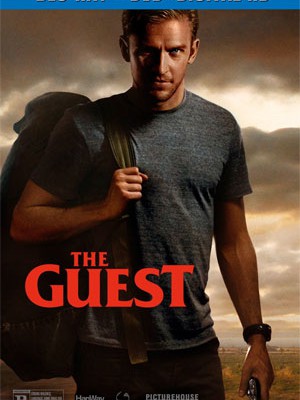 Universal Home Entertainment has added the pulse-pounding thriller The Guest to its roster, bringing this new film to Blu-Ray Disc and DVD in early January.

In “The Guest,” Recently discharged from the Army, David Collins (Dan Stevens) unexpectedly shows up on the Petersons’ doorstep, claiming to be their late son’s best friend. Welcomed into their home, the well-mannered stranger becomes part of the family until a shocking wave of violence raises daughter Anna’s (Maika Monroe) suspicions that the mysterious ex-soldier is not quite what he seems.

The movie from the creators of “You’re Next” is a smart and suspenseful action blast and the Blu-Ray Disc and the DVD version will also come with a Commentary Track with Director Adam Wingard and Writer Simon Barrett. also included are Deleted Scenes with Optional Commentary by Director Adam Wingard and Writer Simon Barrett. The disc is rounded out by a Q&A with Dan Stevens.

The Blu-Ray version further adds a Digital Copy to the release.