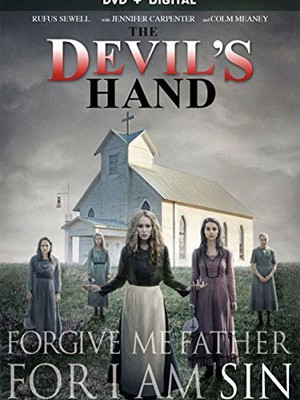 Lionsgate Home Entertainment has something scary up its sleeve for you, bringing the horror film The Devil’s Hand to DVD in December.

The Devil’s Hand tells the tale of six girls born on the sixth day of the sixth month, setting in motion an ancient prophecy—on their 18th birthday, one of the girls will become the Devil’s Hand. As the day nears, the young women begin to disappear. Threatened by the town’s fiery religious leader (Colm Meaney), the remaining girls, Mary (Alycia Debnam Carey) and Ruth (Adelaide Kane), join with Mary’s father (Rufus Sewell) to uncover the chilling truth behind the evil that grips New Bethlehem.

From the title announcement it appears that the release will not contain any bonus materials, but you will find and UltraViolet digital version of the film as part of the release.