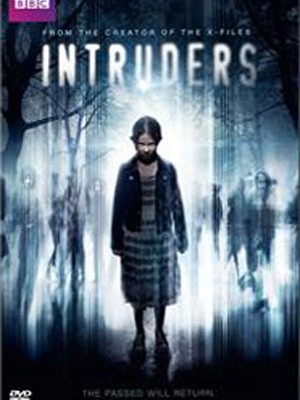 BBC Home Entertainment has revealed details about the upcoming release of the eight-part suspense series Intruders in December. This paranormal thriller about a secret society devoted to chasing immortality by seeking refuge in the bodies of the living will make its debut as a 2-disc set on Blu-Ray Disc and DVD.

Jack Whelan (John Simm), a former LAPD cop with a troubled and violent history, finds the quiet idyllic life he has created with his wife, Amy (Mira Sorvino), shattered when she vanishes. Jack is drawn deeper into the mystery when his high school friend, Gary Fischer (Tory Kittles), shows up on his doorstep asking for help with a murder case. Initially dismissive of Gary’s claims, the more Jack investigates the more complex and surreal his discoveries become. What Jack uncovers leads him down the dark path of his own past and closer to the terrifying revelations about a secret society known as Qui Reverti.

In order to conceal the truth, an assassin named Richard Shepherd (James Frain) is embarking on a series of lethal executions and is in pursuit of a seemingly innocent nine-year-old girl, Madison (Millie Brown)—a run away with a score to settle who could be the end of them all.

With Gary’s help, Jack is determined to find and save the wife he loves, at any cost…

Apart from the eight episodes that make up the mini-series, the release will also include the Featurette “Inside the Intruders”, featuring interviews with John Simm, Mira Sorvino, Glen Morgan and others.